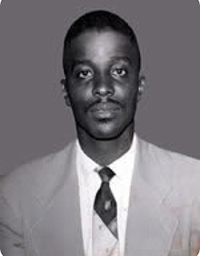 
Detective Ratliff was shot in the chest as he arrived on the scene in response to a call for back-up. Officer Donald Gaskin was the first to respond to a robbery in progress call. After calling for back-up, he entered the establishment and was shot. Detective Gaskin succumbed to his wounds before reaching the hospital. Detective Ratliff succumbed to his injuries approximately five hours later during surgery. Two other officers and two suspects were wounded in an exchange of gunfire.